The Green and White are in Portland, Maine for the Ice Breaker Invitational, kicking off the season with non-conference games against the Lake Superior State Lakers today at 3:30 CT and the Maine Black Bears on Saturday at 7.

UND travels to the New England area for the first time in the regular season since 2013, looking to start off the season on the right foot in two all-important Pairwise rankings (PWR) games. It may sound silly this early in the season, but with PWR out-of-conference games being so heavily weighted, these games are big.

Let's take a look at who will be on the other side of the ice against the Green and White. 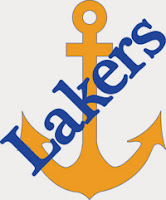 Last Season: 8-28-2, 7-20-1 (9th in WCHA). Made WCHA tournament as Alaska was disallowed from postseason play, lost to Minnesota State in two games in the first round.

About the Lakers: Lake Superior State looks to improve off a tough 8-28-2 record last season that saw them finish 8th in the WCHA. The Lakers had a quick exit in the WCHA playoffs, dropping two to Minnesota State. LSSU is a team that will be looking for scoring. The Lakers return just five players who tallied 10 or more points last season and has 10 incoming freshmen. Senior alternate captain Bryce Schmitt, a Minot, N.D. native, notched 15 points (7g, 8a) last season for the Lakers. 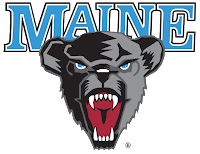 About the Black Bears: Maine was an OT loss away from advancing in the HEA tournament last season and returns a bunch of scoring to a lineup that potted plenty of goals last season. Senior captain Steven Swavely had a solid, 28 point (8g, 20a) season last year and Junior forward Blaine Byron was second on the team with 12 goals. Sophomore Sean Romeo and Senior Matt Morris shared the net for the 2014-15 Black Bears last year and both could see time this weekend.


The Search for a Goalie and Goals

The two major storylines for UND coming into this season will be the search for goal scorers and a goaltender to replace All-American Zane McIntyre.

The Green and White return 2014-15 leading goal scorer and point producer Drake Caggiula (18g, 18a -- 36 pts) to this year's squad, but outside of the senior alternate captain, many question marks exist. UND loses seven seniors and two others (Jordan Schmaltz to pro hockey and Wade Murphy to Arizona State) from their scoring attack. Sophomore Nick Schmaltz and Junior Luke Johnson look to be important returners. The Green and White also bring in 10 freshmen to the program, led by NHL first round selection, Brock Boeser. Boeser (1g, 1a) and three other freshmen, Shane Gersich (2g), Chris Wilkie (1a) and Joel Janatuinen (1g) all notched points in an exhibition win last Saturday against Manitoba.

In the nets, sophomore Cam Johnson will likely start both games this weekend as freshman Matej Tomek will be out due to a lingering wrist injury for at least a couple more weeks. Tomek did not make the trip to Portland. Johnson was serviceable, but not great, against Manitoba, allowing three goals on 12 shots.

Season-opening road trips are always tough to pick as UND really doesn't know what it has in its 10 freshmen until they show it on the ice. In their exhibition win against Manitoba, those freshmen paced a quick and physical attack that saw them put up eight goals. If that win was any indication of things to come, UND will like what they see this season. Despite being loaded on the blue line with five returning regulars, North Dakota's weekend will likely come down to goaltending.

DDC sees UND putting up some goals, but until he sees Johnson take charge in net, it's hard to pick anything but one win in Portland on Maine's home ice.


Come back on Monday and see if DDC's predictions held true in his Roses and Thorns Ice Breaker recap.

Posted by Unknown at 1:28 AM No comments:

Roses and Thorns: Reasons for Excitement

Whatever superlative you'd like to name it, the UND men's hockey team has lacked a pure goal-scoring punch over the last few seasons. Couple that sentiment with the fact the the Green and White lost six of it's 10 leading point producers from last season either to graduation or professional hockey, the need for scoring was a major story line heading into the 2015-16 season. 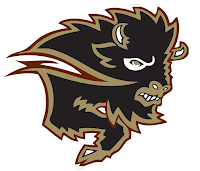 Albeit in exhibition form, UND may have gotten a glimpse of a special crop of goal scorers in a 8-3 drubbing of the Manitoba Bisons on Saturday night.

Trailing 2-1 early the second period, the Green and White ripped off seven unanswered goals en route to a victory. Of those eight goals, four came off the sticks of freshmen suiting up for the first time for UND.

For those of you new to the blog, DDC takes a look back at each weekend's series with his Roses and Thorns. Roses are the positives with Thorns being negatives.

So, let's take a look at what stood out.


As mentioned before, UND got four of its eight goals on Saturday night from freshmen. Three more came off the stick of Johnny Simonson, a sophomore that did not score a goal in just 22 appearances as a freshman. Brock Boeser gave the fans a peek at what looks to be pretty special ability, firing a laser that beat the Bisons' netminder high glove side, tying the game at one in the first period. Then in the second, Shane Gersich notched back-to-back goals in a span of 12 seconds to give UND the lead. Joel Janatuinen also scored his first goal in a UND uniform. The production wasn't just goal scoring. Boeser, Janatuinen and Chris Wilkie also notched assists. So, in total, the Green and White underclassmen (freshmen and sophomores) tallied 15 points with seven of those coming from freshmen. An encouraging start, to say the least.


Some of UND's "elder statesmen" shined, as well. Junior assistant captain Troy Stecher looked dynamic on Saturday night, tallying three assists and fellow junior Keaton Thompson added two, including a terrific pass off the side boards from the defensive zone to spring Boeser for his goal. The upperclassman, especially in the defensive corps, will need to continue to shine as scoring from freshmen can't be expected every night, particularly early on in the season.

No. 3 -- Effort Before Execution


New head coach Brad Berry echoed the idea of "effort before execution" to his young team in the week leading up to the exhibition win. That certainly showed on Saturday night. Despite trailing 1-0 and 2-1 early on in this game, UND never let off the gas. The Green and White peppered the Manitoba net with 56 shots on goal and carried a tremendous pace throughout. Credit the veterans and coaching staff for keeping the freshmen from being starry-eyed in their first appearance in front of their rowdy, Ralph Engelstad Arena crowd.

UND found out on Friday that it will be without senior forward Colten St. Clair for half the season after suffering an arm injury in practice that will require surgery. Also, freshman goaltender and third-round NHL draft pick Matej Tomek sat out on Saturday with a nagging wrist injury. Tomek's injury, however, looks like it won't keep the Slovak rookie out much longer.

Here's to hoping that this is never a thorn again, this season.

No. 2 -- Shaky Start Between the Pipes

Goaltending, behind the play of All-American Zane McIntrye, hasn't been a question mark for UND over the past two seasons. With the injury to Tomek, it was sophomore Cam Johnson's net on Saturday night for an early audition. Although Johnson's play didn't decide the game in anyway, the netminder didn't impress, allowing three goals on just 12 shots faced, including two in his first four. Johnson, who was pulled in the first period in his only action as a freshman, fought the puck a bit on Saturday and had two goals in particular that he'd most likely want back. The Michigan native will likely be an important piece for this UND squad as the Green and White look to replace a gaping hole. Despite having an excellent defensive corps in front of him this season, Johnson simply needs to be better going forward.

Come back later this week as UND prepares to head to Portland, Maine for games with Lake Superior State and Maine on Friday and Saturday night at the IceBreaker Invitational.