Friday Gameday: It's Time to Forget

With six games left to go in the 2015-16 season, the UND men's hockey team has lost just five times.

However, when two of those losses come in sweeping fashion on the road for the first time since 2011 against a bitter rival, with a chance to clinch home ice in the first round of the National Collegiate Hockey Conference playoffs, and with the race for the NCHC championship as tight as it is, it's hard to fight off a sense of concern. 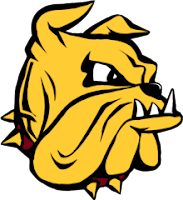 That concern aside, the Green and White have a job to do this weekend against Minnesota Duluth.

Those two important pieces, the aforementioned chases for home ice and the Penrose Cup, are still  directly in front of UND. Three points this weekend at home against the Bulldogs or if Nebraska Omaha loses three, the Green and White will clinch playoff home ice for the 14th-straight season. With a sweep, UND will for sure stay atop the NCHC standings.

The Green and White hosts a desperate UMD squad in the Ralph that is looking to cement their spot in the NCHC playoffs and make a run at the NCAA tournament.

Here's what to watch for as No. 4 North Dakota takes on UMD in this week's "Who? What? How?" series preview.


Despite being swept last weekend at Denver, North Dakota can clinch home ice in the first round of the NCHC playoffs with at least three points this weekend or if Omaha loses three points. The Green and White have hosted the first round for 13 straight years, the longest active streak in men's hockey.

Last weekend, the Green and White dropped back-to-back games for the first time since last year's NCHC Frozen Faceoff tournament. UND bounced back from those losses one week later and punched their ticket to the Frozen Four with two West Regional wins in Fargo.

The Bulldogs are outshooting teams by a 10.96 margin this season, the second-best mark in the NCAA and has the third most shots per game with 36.14.

North Dakota has the country's 5th best penalty kill at 87.1%. In the past 14 games, UND has killed 96.3% of their PK chances, including 20 straight. The Bulldogs have struggled on the power play this season, converting just 14.5% of their opportunities, slating them 42nd in the NCAA.


The Green and White has won three straight and 5 of 6 against UMD.

How'd they get here?

The Green and White swept the Bulldogs in Duluth on December 4-5. Cam Johnson shutout UMD 3-0 in both games despite the Bulldogs outshooting UND by 18 in each game.

As mentioned earlier, it's hard to shake off the lingering effects of last weekend's series in Denver.

The Green and White spent the entire weekend chasing a hungry Pioneers squad that pushed one of the nation's best defenses in a way DDC hadn't seen so far this season.

DU netted 10 goals in the series while UND constantly left Pioneer skaters wide open for easy shots in the slot and on backdoor feeds. The Green and White got back three skaters last weekend, Drake Caggiula, Nick Schmaltz and Chris Wilkie, but the team seemed to lack a bit of chemistry it had shown earlier in the season.

The powerful CBS line of Caggiula, Schmaltz and Brock Boeser were kept off the scoresheet as a group for the first time this season, while the team as a whole, struggled to generate offense.

With all of that said, all of UND's regular season goals are still in front of them and this weekend's series against the Bulldogs is easily the most important, to date.

As noted by the Grand Forks Herald's Brad Schlossman, UMD is a dominant puck possession team that will test UND's defensive corps that played arguably it's worst series of the year last weekend at Denver.

That will put much of the onus on UND sophomore netminder Cam Johnson, who shutout the Bulldogs in December with back-to-back sterling 3-0 shutouts that saw UMD outshoot the Green and White by 18 shots in each game.


The loss of UMD's leading goal scorer, Austin Farley, cannot be understated as UND's defense has one less key cog to worry about.

Despite a terrible weekend in Denver, the Green and White have had a special year.

Injuries to a young squad, a new head coach and a difficult schedule has yet to derail this UND team that has shown the ability to take over games when they play with speed, heavy forecheck and grit. DDC expects to see a very fired up squad wearing Green and White this weekend and also expects North Dakota to return to from as the stretch run winds down.

The Ralph will be rocking.


There you have it. Come back later to see how it all unfolded. Thanks again for reading.

Roses and Thorns: It's Been a Long Time Coming

Since that weekend, this blogger has earned a degree from his beloved University of North Dakota, moved from Grand Forks to the Twin Cities, gotten married and welcomed his first child, Emma, bringing her and the Daddy Dump and Chase blog, into the world.

Since November 4-5, 2011, the UND men's hockey team has played 33 road series and until this weekend, had never been swept in those 33 series.

That all changed in 120 minutes against Denver University as the Pioneers took two from the Green and White, 6-4 and 4-1 from Magness Arena in Denver.

UND, tied going into this past weekend for first in the National Collegiate Hockey Conference with St. Cloud State with two games in hand, had a chance to stake it's claim to the driver's seat in the race for the Penrose Cup as NCHC regular season champions. However, Denver took all six conference points and with three regular season series left, the chase for the Penrose is still deadlocked.

And for the first time since the birth of the DDC, here's your Roses and Thorns column following a series that saw UND get no points on the road.

UND welcomed back three players to their lineup after missing the last handful of games. Hobey Baker Award candidates Drake Caggiula and Nick Schmaltz rejoined freshman Brock Boeser to reassemble the vaunted CBS line. Freshman Chris Wilkie also came back from injury on Saturday. The CBS line was good on Friday night, notching six points, including goals off the sticks of Boeser and Schmaltz. On Saturday, UND's top line failed to register a point for the first time as a grouping. While the results certainly weren't what the Green and White faithful were looking for, getting healthy is absolutely a welcomed sight with the stretch run firmly in place.


Pardon the Kelly Green colored glasses, but hey, at least it's only February. There's not a lot of positive to come out of this weekend. 1) UND lost its chance to clinch home ice advantage in the first round of the conference playoffs for the 15th straight season. 2) The Green and White also gave up the opportunity to put a strangle hold on the NCHC standings with just three weeks left to go. 3) UND got swept against arguably its biggest rival in the conference. With all that said, the Green and White are still firmly in place for a shot at the national tournament, still ranked No. 3 in the Pairwise and are still tied for first in the NCHC with St. Cloud. A good run in their last six games, UND could very well welcome back the Penrose to the Ralph for another year. While it certainly is frustrating to have to point these things out, it's still important to do so. A good showing at home against Minnesota Duluth should cure all ills.


Again, while the result wasn't what UND fans wanted to see, Friday night's game had a big fight feel. Denver was embarrassed by the Green and White in Grand Forks in December in a sweep, and the Pioneers played with a tremendous pace this weekend. UND was game and matched DU stride for stride. The rust showed in many aspects for the Green and White and a couple big defensive miscues lead to a Pioneers 6-4 win. In the long run, UND may need to turn up the volume and play with the kind of speed that DU showed, so while the loss stings, it'll be important to remember this kind of play.


Over the last month or so, UND has seen a trend of their opponents' top line lighting it up on Friday, but the Green and White wholly shutdown each top group the next night. This wasn't the case this weekend. DU's top line of Danton Heinen, Dylan Gambrell and Trevor Moore torched UND for 11 points (3 goals, 8 assists) on Friday night and added seven more on Saturday (3g, 4a). In UND's home sweep of Denver in December, that trio had zero points on the weekend. That's was the clear difference in Denver.


UND came into this weekend's match up sporting the NCAA's second best goals allowed average, with the best statistical goaltender in Cam Johnson between the pipes. Ten goals allowed and two losses later, the Green and White are looking for reasons to answer what happened. The Green and White had several lapses defensively in both games that led to goals for the Pioneers. Whether it was set plays off faceoffs or wide open slot chances for DU's top line, UND didn't live up to its defensive billing this weekend. Giving players the likes of Moore, Heinen and Gambrell free reign in the slot is never a good thing. It's hard to blame Johnson for many of the goals he gave up, but the sophomore didn't make many big saves on those point-blank chances, either. UND has prided itself all season as a tenacious, heavy forechecking and high compete level defensive team, but showed little of that against DU. UND will need to get back to this type of game and bring back those active sticks and high energy level if they plan to repeat as Penrose Cup champs.

That's it. Come back later this week to see what's in store for UND as the come back home to take on the Minnesota Duluth Bulldogs. It's crunch time.

Posted by Unknown at 9:52 PM No comments: